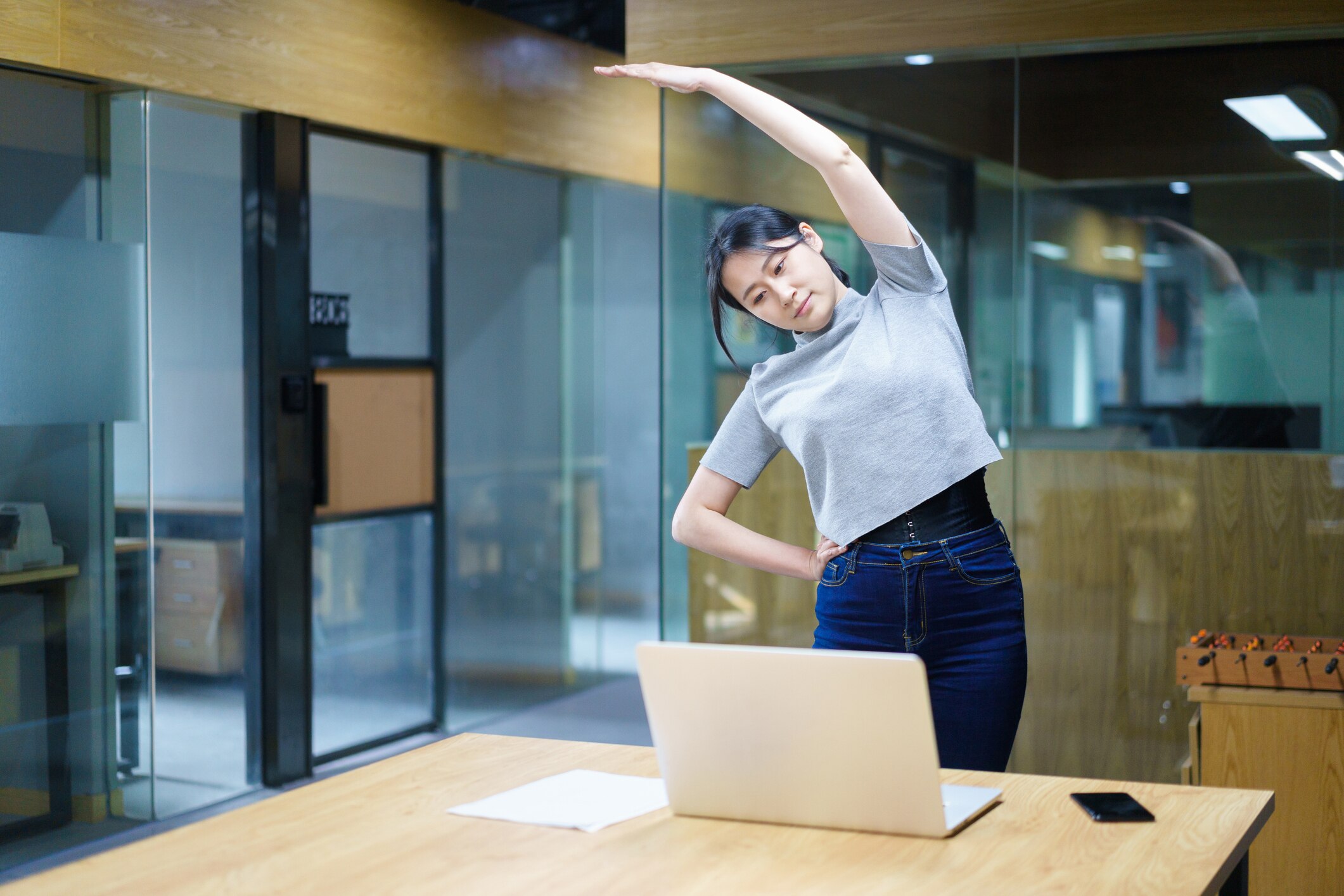 As researchers at the National Research Center for the Work Environment discovered, physical activity at work can significantly reduce long-term sick leave among employees. But anyone who now thinks of running sweaty during lunch break or strength training hours in the open office is wrong. Apparently, so-called micro-training in particular can have a positive effect on the health of employees.

Micro-workouts are, simply put, short mini-workout units that you can do in between. Basically, any exercise can be a micro-workout. Whether it’s short cardio sessions like jumping rope, yoga or stretching, the motto is: the main thing is to move. To compensate for a long time sitting in office work, simple exercises to strengthen muscles are particularly suitable. You can only use your own body weight or tools such as B. an exercise elastic band exercised. Particularly practical and time-saving: the exercises are carried out at the workplace. Special sports clothing or the use of training rooms is not necessary.

The impact of microtraining on the health of workers

The study researchers were particularly interested in the effect of microexercises on long-term illness-related absences, that is, at least 30 days over a period of up to two years. The researchers surveyed more than 70,000 workers in Denmark who had not had long-term sick leave in the past 12 months, whether they were offered the opportunity for micro-training at work, whether they use it, and if so. , where: at work. or home1

After taking into account factors such as age, education, and gender, the researchers found that 12.8 percent of long-term absenteeism could have been avoided if respondents had micro-trained at their workplace.

Also interesting: sick leave not submitted to the health insurance company, what can happen?

Where and how should employees be trained?

The researchers found that micro-workouts (the study looked at resistance band exercises) performed three times a week for 10 minutes each can have a positive effect on health. However, only if they are carried out during working hours. They not only have a positive effect on physical health but also on mental health. According to this, psychological and social factors improved, such as the social climate, the attitude towards life and the ability to work in a team.

Positive effects for employees who took microtraining outside of work hours could not be determined. Scientists explain this fact with the higher consumption of micro-training during working hours than outside.

The workplace as an underrated place

With the result of their study, the researchers want to draw attention to the importance of being able to exercise during working hours. They explain: “As the workforce spends much of their lives at work, this represents an ideal place for health promotion, where employees who do not find the time and motivation for regular physical activity in their spare time they can join their colleagues. in micro-training in the workplace.”

The result of the study is especially relevant for entrepreneurs. After all, they are required to continue paying wages for the first 30 days of sick leave. “Therefore, workplaces that offer micro-exercises to their workers would likely benefit from allocating sufficient time and resources to allow such exercises to be successfully performed for 10 to 15 minutes during the workday,” said the leaders of the group. study.