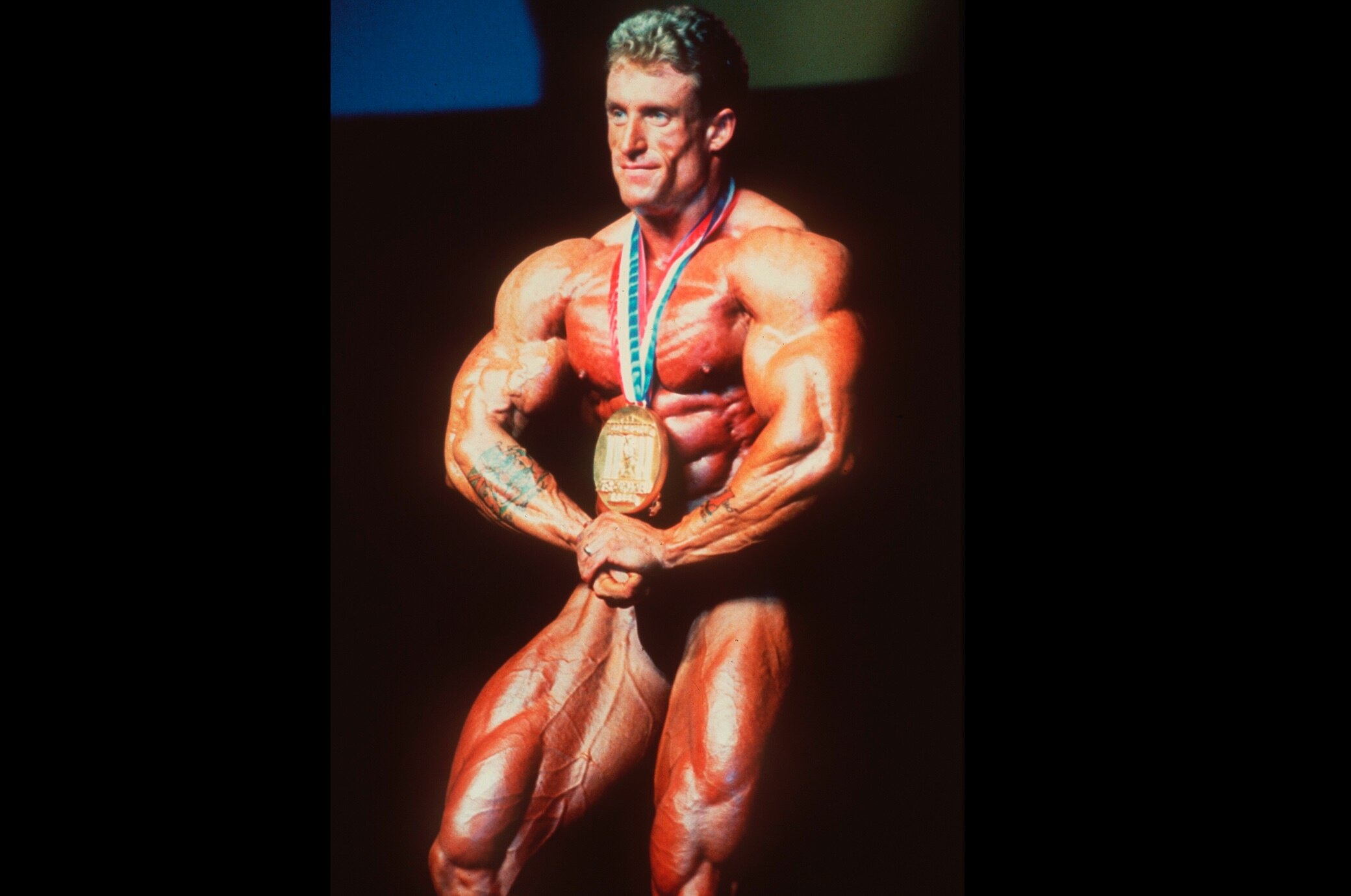 Images of professional bodybuilders performing in competitions are often surprising in their muscle mass. But what do Mr. Universum, Mr. Olympia and Co. look like years later? Is everything hanging in the form of sagging skin? Six-time Mr. Olympia Dorian Yates provides an impressive response 20 years after retiring.

Professional bodybuilders often achieve incredibly large muscle mass. Whether this is healthy and always happens naturally remains to be seen. They are usually snapshots of the best form achieved for a competition like Mr. Universe or Mr. Olympia. Such muscles can only be maintained for years with iron training discipline and a sophisticated nutritional strategy. But what happens to a bodybuilder’s body after retirement? Does everything hang limply or can supernatural muscle mass be transformed into a more natural state? Six-time Mr. Olympia Dorian Yates shows what a 60-year-old former professional bodybuilder can look like on Instagram.

Mr. Olympia is flexing his muscles

Dorian Yates is considered one of the most successful bodybuilders of all time. He won the Mr. Olympia title six times in a row between 1992 and 1997. It is the highest honor in professional bodybuilding. In addition, Yates is considered to be the trigger for the so-called “massive monster” trend, loosely translated into German as “massive monster”. These were bodybuilders who not only achieved maximum muscle definition for competition, but also built extreme muscle mass beforehand. Dorian Yates is said to have been the heaviest Mr. Olympia of all time in 1992.one He was pretty much all lean muscle when he competed and won. A true “mass monster”, so to speak. But what happens to a bodybuilder’s body over time, and what does it look like decades later? Dorian Yates presents the answer on Instagram, in the form of a current snapshot at a waterfall near Rio de Janeiro (Brazil).

Dorian Yates is still in top form at 60

As can be seen in the photo, the six-time Mr. Olympia no longer looks like a monster of the masses, but has an extremely well-trained and above all fat-free body. There’s no other way to explain his six pack and strongly defined muscles in his upper body and legs. The myth of the sagging skin of retired professional bodybuilders is proving false, at least in the case of Dorian Yates. Obviously, it depends on how musclemen treat their bodies after turning pro. This is how Yates achieved the transformation to a well-trained normal state.

As the fitness portal “BarBend” reports, Yates has adjusted his training in recent years to reduce his muscle mass to a healthy level. She increasingly relies on HIIT (high intensity interval training), cardio (resistance training), and yoga to train strength, endurance, and mobility. But, of course, you should not miss strength training to maintain muscles like the one you can see in the image. According to the Jacked Gorilla bodybuilding platform, she lifts weights four days a week while doing 20 to 25 minutes of light cardio two to three days a week. According to Yates, don’t do cardio immediately after strength training because it’s counterproductive to muscle development.

Also interesting: What exactly is split training and what variants are there?

Dorian Yates is known for his split training, which works different muscle groups each day. In doing so, he pushes his limits until the so-called muscular failure, that is, until nothing works anymore. Here’s what Yates’ workout routine looks like, according to Jacked Gorilla: