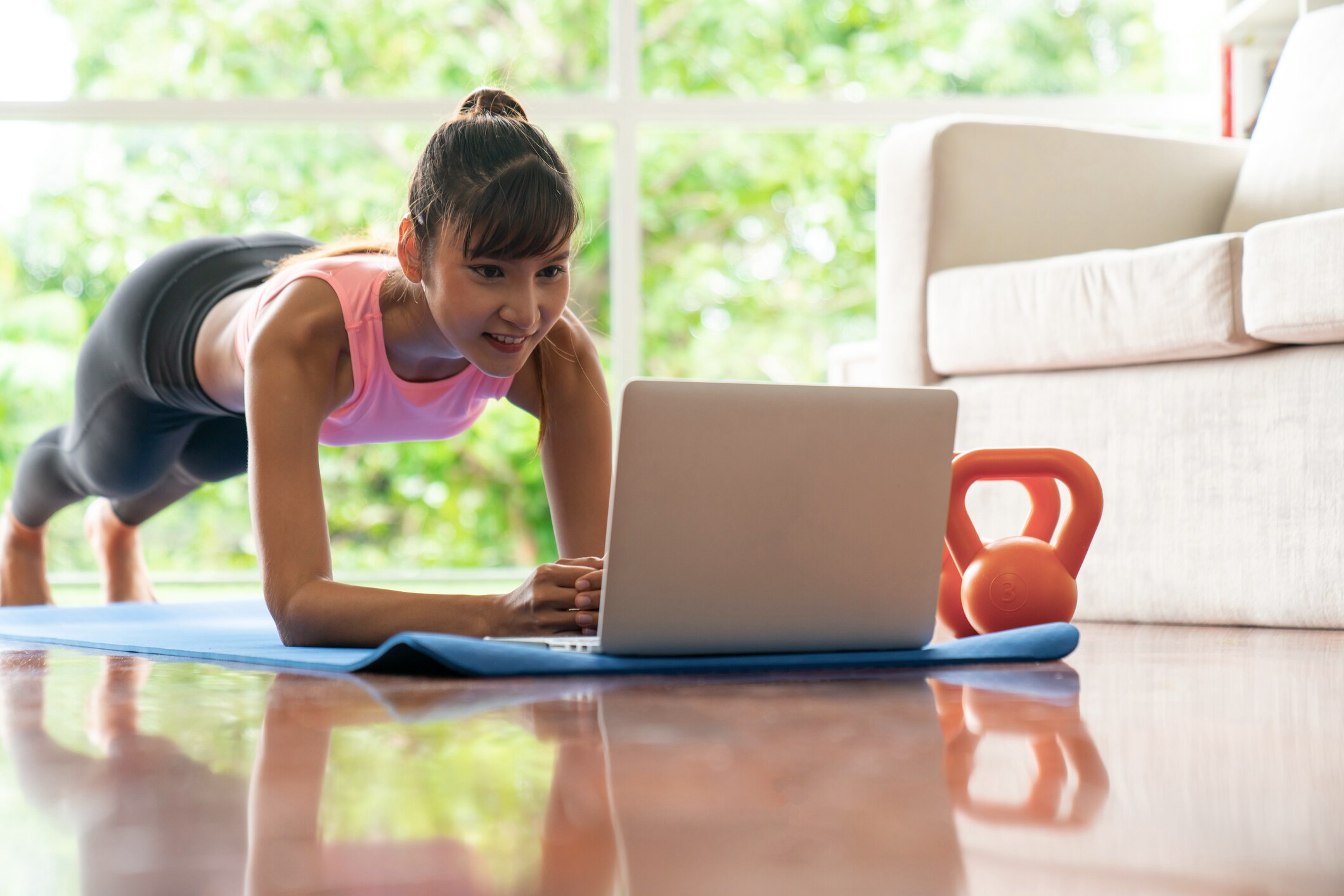 Gyms have been closed since mid-March due to Corona, but many people are still working out diligently in their own living rooms. This is demonstrated above all by the increasing number of clicks on the many free home workouts on YouTube. You can find out here which fitness youtubers are doing the right thing thanks to Corona!

In times of closed gyms due to Corona, free home workouts on YouTube are currently enjoying great popularity. Many fitness YouTubers, among others, benefit greatly from this. Even the exercise videos, some of which are a few years old, are suddenly clicking like crazy again and the number of subscribers is increasing every day. Some German fitness influencers are also doing well on YouTube. Here we present seven of the biggest “YouTube earners” during the quarantine period.

Pamela Reif’s channel is undefeated in the first place among the most popular fitness channels today. The 23-year-old from Karlsruhe is not only very successful on Instagram (4.7 million subscribers), but also has more than 2.2 million followers on YouTube. All over the world, people train with her training videos at home and not only since Corona. So far, however, she has mostly taken away one thing from the crisis: a sensational increase in her already sky-high number of clicks and followers.

By the way, his most clicked video is and remains “10 MIN SIXPACK WORKOUT” with over 27 million views.

Anne Kissner’s YouTube channel can be found under the name “BodyKiss”. The Freiburg native has been a fitness YouTuber from the very beginning, so to speak. Since 2013, Anne, who actually studied law, has been offering tips and tricks on all things fitness and nutrition, as well as a series of home exercises to participate in.

Also Interesting: Why You Should Keep Exercising If You Have Back Pain

Anyone looking to do yoga at home is in good hands on Mady Morrison’s YouTube channel. Berlin’s certified yoga teacher offers videos for all experience levels and in different styles of yoga. In Corona times, he seems to be able to inspire a particularly large number of people, because his subscribers and clicks are also constantly increasing. Morrison shows: Home workouts on YouTube are all the rage!

Her most popular video, with 4.4 million views, is a 20-minute yoga exercise for beginners.

Also interesting: This happens to the body and mind – 14 days at the Yoga Ashram

Strictly speaking, with Sascha Huber, an Austrian has also crept into our ranking. Classic strength athletes, you could also say “pumps”, probably suffer the most from the mandatory rest in the gym. So if you are panicking about suddenly becoming a “leek” again during the Corona period, there are some useful tips and tricks on the 27-year-old’s channel to avoid it. Among other things, Sascha, who feels 99% muscle mass, explains how you can continue to build muscle at home.

His most clicked home workout video with 1.8 million views:

Also interesting: reports from fitness addicts: how Corona changed my life as a pumper

Despite the current hiatus on social media, fitness influencer Sophia Thiel is profiting from the quarantine with her channel. It works by itself without her having to do anything. If she’s currently searching for home workouts on YouTube, she’ll find her videos, some of which are older, at the top of the search results.

The most viewed video currently (6.1 million views) is a 15-minute ab workout.

Wait a minute, how did he end up here?! Felix Lobrecht is known as a comedian and co-founder of the hit podcast “Gemischtes Hack”. What a lot of people don’t know is that Felix isn’t just cracking jokes, he’s also in pretty good shape. However, the fact that he now wants to establish a foothold as a fitness influencer has somehow passed us by. Well, strictly speaking, it’s not quite like that.

At the request of her fans following an Instagram poll, she launched a YouTube channel called “Shutdown Fitness” in mid-March. There is now a new home workout every week during the quarantine period. Of course, as befits a comedian, not without a little wink!

Another one you would hardly have expected on this list: rapper Kontra K (real name: Maximilian Diehn). Well, you have to admit that he plays sports from time to time, it shows. His 1.4 million followers have been able to marvel at his fully tattooed and well trained upper body on Instagram from time to time.

He has also become a fitness YouTuber in a way. So he uploaded several “Kontra K-arantäne” workouts for his fans on his channel.

And they are great! Since the beginning of March, the musician has also been able to record a sharp increase in the number of subscribers and clicks. However, one must not forget that he continues to generate a lot of clicks through music videos. However, the increase in the last month is significant. By the way, his home workouts on YouTube are very intensive and therefore not without problems for beginners. “Success isn’t luck, it’s just the result of blood, sweat, and tears,” he raps on one of his most famous songs. We definitely believe him now!