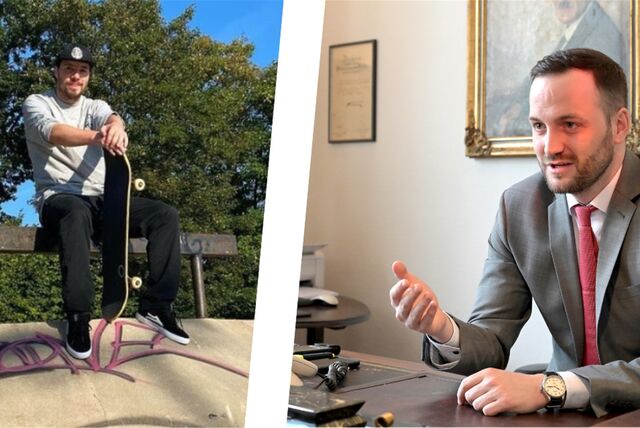 Embroidery, a multi-talented lawyer or a craftsman at work – these Unna accounts show that you can succeed with almost anything on Insta.

Some are already social media professionals, others have a large following because they are known offline. The people of small and quiet Unna also have Instagram accounts worth following.

“herr_anwalt”, who has over 6 million followers on TikTok, is on his way to reaching a remarkable 1 million followers. He also distributes his TikTok videos on Instagram. And anyone with a rough idea of ​​what works on the Internet should readily admit: Mr. Lawyer does it pretty well! Mr. Lawyer, whose real name is Tim Hendrik Walter and who lives in Unna, is not only good at speaking professionally, he also knows how to target his young audience and find the right topics: What are you allowed to do at 18? Does the hotel have to provide information about my matter? Why everyone should now warn their parents and grandparents, or just “three tips against jail” – everyone can learn something suitable from the videos of Unna’s lawyer.

Anyone who walks into the home of modern youth these days will no longer necessarily find themselves in the Ikea catalog. Old real wood furniture is in, vinyl records are in, and some people collect cassettes, including vintage players. No wonder the old crafts from great grandmother’s time are making a comeback. That should explain Unnaerin Rebecca Ewe’s social media success. The Unnaerin embroiders, in a modern way. For example, photorealistic eyes would not have landed on Grandma’s rugs. “forewermore” shows her 10,700 followers on Instagram.

The Hula Hoop is also getting a bit old, but apparently it’s back in style. Unna’s hula hoop trainer elli_hoop shows her 307,000 followers on her Instagram that the good old hula hoop is more than just a toy that many have probably known since childhood. He combines hooping with sports training. And she promises hula hooping can make you fit, have fun, and strengthen your body. Elli Hoop is athletic, but she doesn’t want to spread false beauty ideals, but to foster her self-respect.

Valeri Rudt from Unna can answer how to apply carpet adhesive and why it takes so long to wallpaper. The trained mason, who works in a painting company in Holzwickede, is trained in various areas. The first video of him was a fluke and the web loved it. v.rudt has 88,400 followers on Instagram. These include crafters and DIYers who want to see how the professional does it. But young people looking for an apprenticeship are also interested in Valeri Rudt, who now also sees himself as an ambassador for the skilled trades.

Gluten-free pasta, photos from a vacation in Greece, a pretty woman and, last but not least, sporting success – it’s no wonder that Laura Nolte as lauranoltee inspires many people on Instagram. After all, the bobsleigh athlete offers her 16,000 followers information about her training and career, but she also shares private moments.

Benjamin Weiermann from Unna has also become known for his sport. He feels comfortable on a four-wheeled board, he skateboards through the Unna neighborhood and has 15,300 followers who can accompany weiermannbenjamin in his dizzying jumps and falls.